The Path to Peace: a Holy Week Meditation 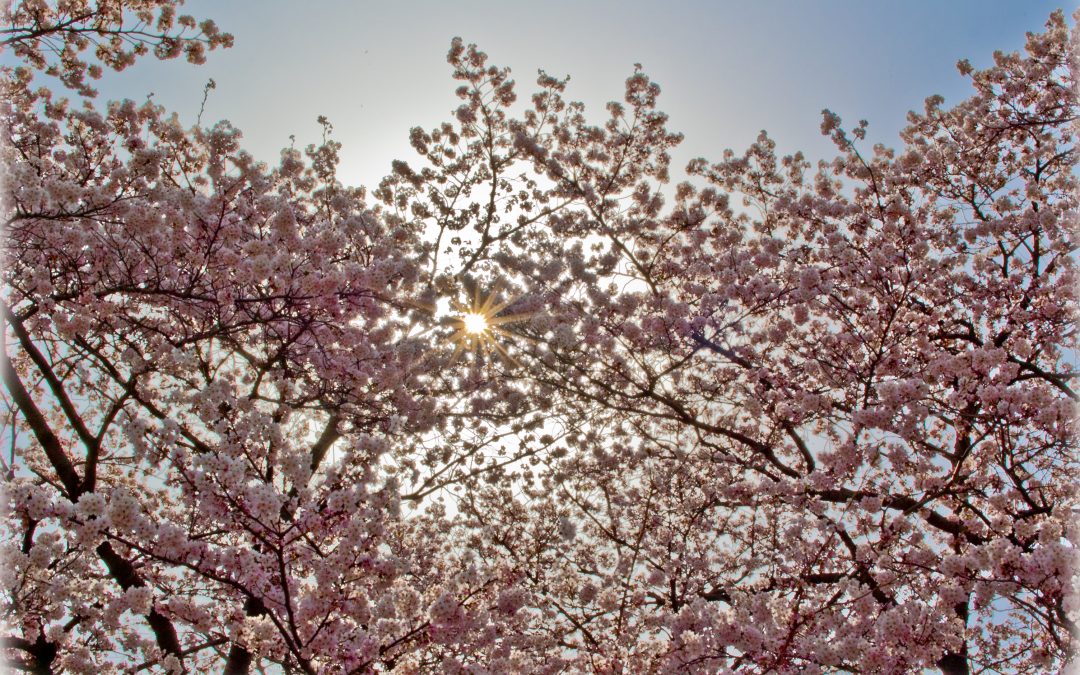 “Peace be to you,” says Jesus, standing in the midst of the disciples, in a room with a locked door where he’s suddenly appeared.  Their stunned silence is understandable.  After all, Jesus, the one upon whom they’d pinned their hopes, the one for whom they’d left everything, the one who they’d betrayed and denied, the one from whom they’d just fled as he hung on a cross, was dead.  Not, “as good as dead” — actually dead, and with that death, so died their hopes and dreams.

All this makes Jesus’ next line even funnier to us, when he responds to their stunned silence with “why are you troubled?” as if they should have seen this whole narrative coming from day one, since he’d talked about his death and resurrection explicitly a few times and implicitly dozens of times.  Still, somehow they missed it, and so Jesus’ words are much needed in the moment there in that room where it was slowly dawning on them that the whole course of history, not to mention their own lives, was about to change.

“Peace” and “Don’t be troubled” are his words to these anxious, troubled people, and they are just as significantly, words for us too, here and now in our troubles and anxieties. My God, what are we doing to each other? is the only prayer some people know how to pray these days, which is really nothing more than a prayer for peace, because underneath it is the profound realization that things are broken and breaking.

Jesus, though, doesn’t bust out of tomb riding a white horse, killing his enemies and setting up shop as the newest savior.  Instead he appears in a room with his closest friends, folks who’ve doubted, denied him, and functioned as largely clueless, flighty devotees, and offers his peace to them.

This revolution, unlike all others in history, unfolds from the inside out. This revolution begins with the transformation of human hearts from anxious, fearful, and angry to a state of peace.  Wow!  Are you interested in that offer?  Us too.

We may not be able to fix this broken world, but we can become people of peace in the midst of it all.

And remember: Peace is a person. Paul says, “He himself is our peace,” then goes on to talk about how the reality of Christ in one’s life will lead to the breaking down of dividing walls, because by his very nature, Christ’s heart is for reconciliation and shalom (peace) among people.  If Christ lives in us, the tidal movement of our lives will be toward unifying not dividing.

Jesus knows that there is a profound difference between being religious and being people of peace.  The former draw lines and rely heavily on exclusionary and dualistic language: in/out, saved/lost, right/wrong, civilized/savage, black/white and the way this plays out often gets ugly and violent.  This was the way the disciples had been brought up.  It’s the usual way for most of us, religious or not.  That’s why Jesus’ disciples wanted to reign fire down on that village where people weren’t believing.  It’s why they were so excited on Palm Sunday, as they believed that finally Jesus was going to exercise his divine right to bear arms, destroy the Roman violence machine by violence, and finally win this simmering war.

Jesus would have none of it.  He’s into breaking down dividing walls and bringing people together.  He’s into serving — even his enemies.  He’s into going the extra mile, and truth telling that is bathed in love, and redeeming relationships.  Jesus is so into peace that when Peter cuts off a soldier’s ear, rather than teaching Peter better swordsmanship, Jesus tells him to put the sword away and immediately heals the soldier’s ear.  He even makes it clear that overcoming violence with violence is not a great idea.

This week, we’re reminded that Jesus wins the peace, breaks down the walls, and defeats the forces of evil with the most revolutionary weapon known to humanity — infinite love. “While we were still enemies… Christ died.”

You want peace?  It starts by yoking yourself with the Prince of Peace.  Soon enough, you’re sure to find yourself visiting seniors who are lonely, and sharing a meal with someone whom you may have previously just ‘written off.’  You’ll find yourself looking for ways to bless those around with little thought of whether they’re ‘worthy’, agree with you, or even like you.  Your fear will be melting away like a spring thaw.  Love will blossom.  And the tomb that held your bitterness, rancor, and pride, especially your religious pride — well you’ll wake up one Sunday spring morning and find it: empty.

Peace to you, friends. Don’t let your hearts be troubled.